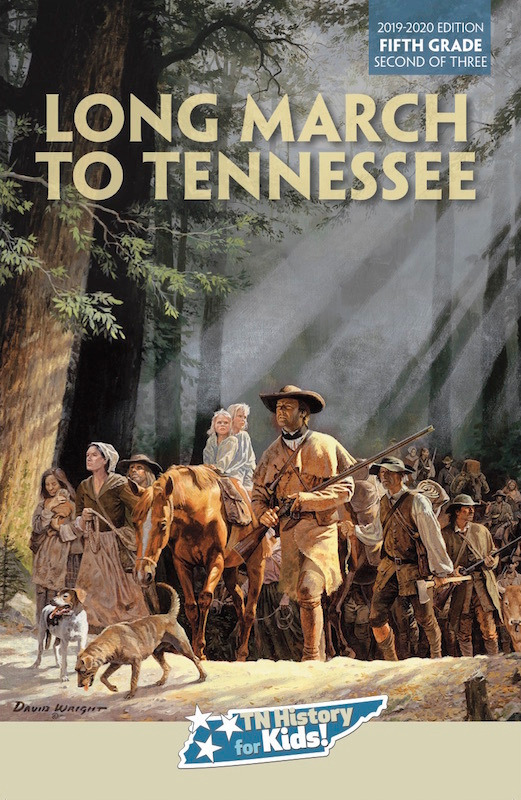 Click here to purchase copies and here for the teacher’s guide.

The first of the two fifth grade booklets is called The American Machine. It covers the fall semester of “stand alone” U.S. history. The third of the three is called Work for Freedom.

Long March to Tennessee is well written, wonderfully illustrated and grade level appropriate, as are all of the Tennessee History for Kids booklets. Topic-wise, it starts with prehistory and goes through the eve of the Civil War.

“I recommend this booklet as a concise and highly readable resource for all the 5th grade standards,” says Brian Wilcox, a teacher at Thurman Francis Arts Academy in Rutherford County. 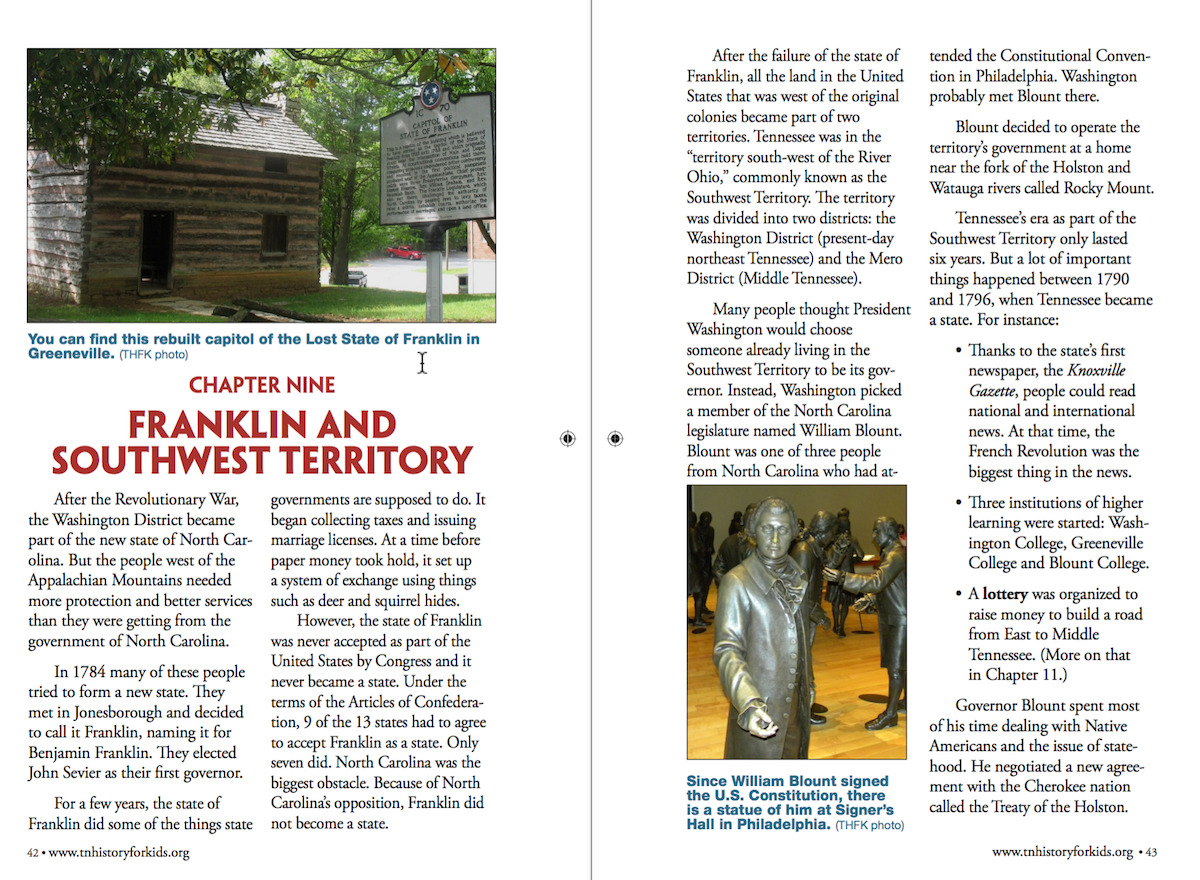 Subjects that are covered include Cherokee culture; longhunters, the Watauga Compact, the Donelson Party journey, slavery in Tennessee, the Lost State of Franklin, the Battle of King’s Mountain, early roads in Tennessee, the War of 1812, Andrew Jackson, the Trail of Tears, James K. Polk, the development of railroads, the build-up to the Civil War and more.

The booklet also contains a glossary, index, and table of contents that denotes the social studies standards covered in each chapter. 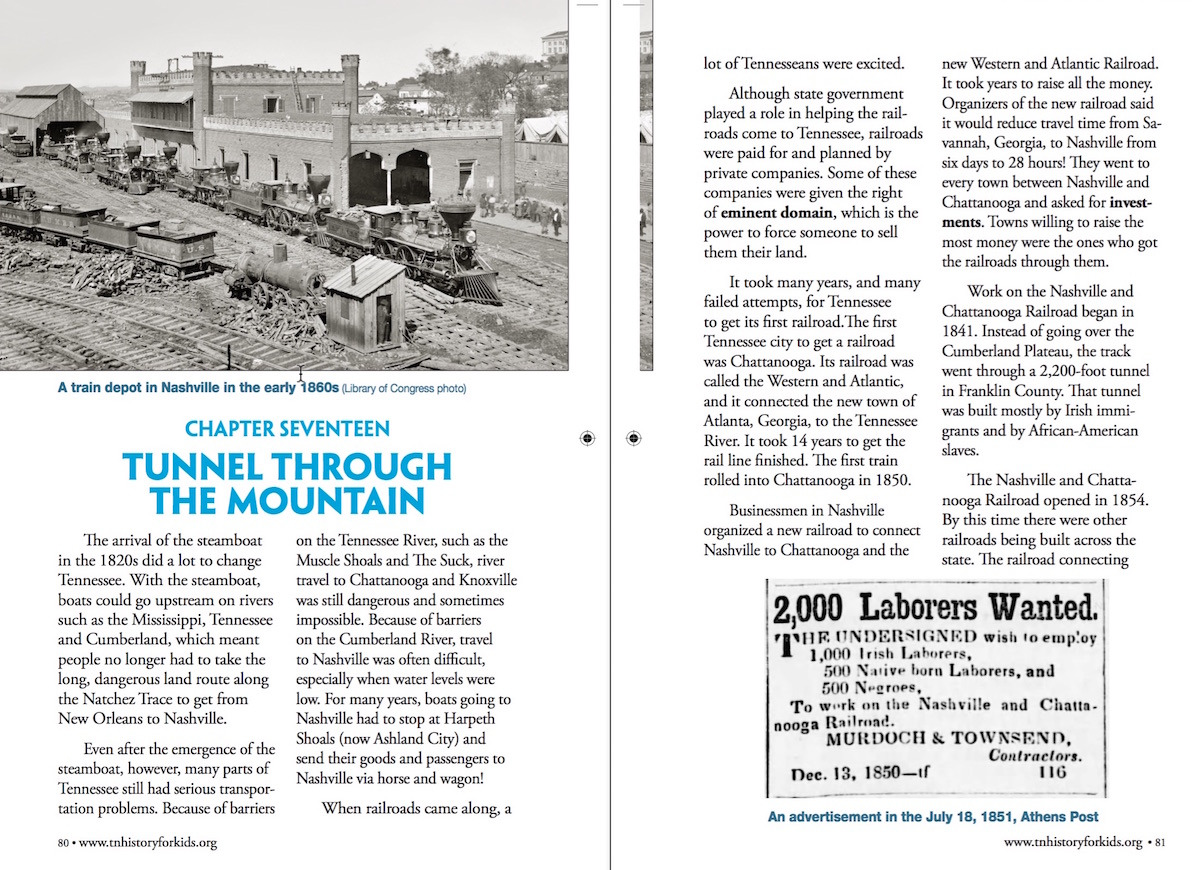 Primary sources are contained throughout–not only in the text –where they are marked with red ink–but also in illustrations such as fascinating (and never seen before) newspaper clippings about Tennessee history.

Click here to order copies and here for the teacher’s guide. 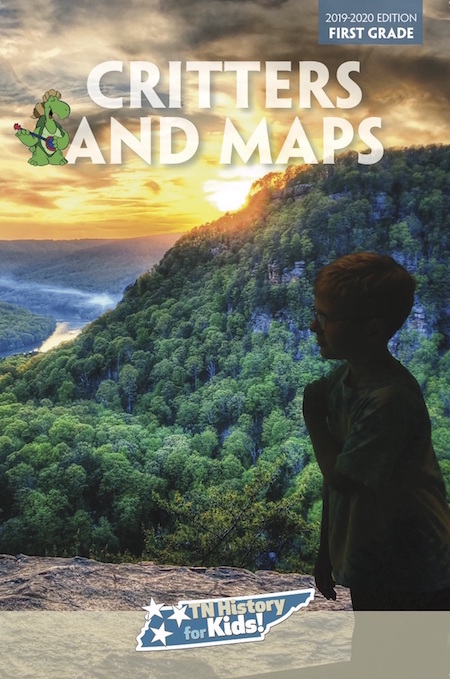 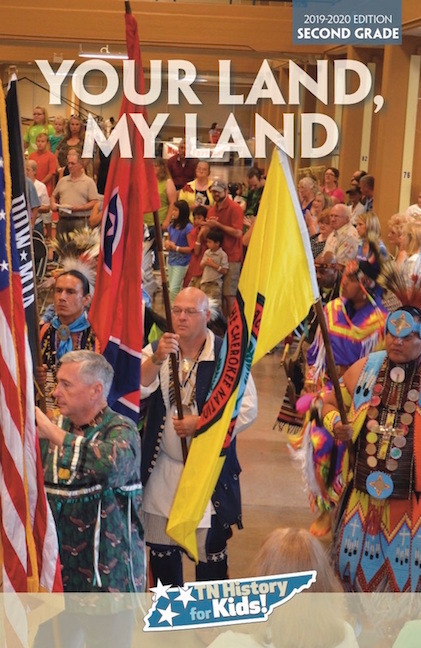 Your Land, My Land [2nd Grade] 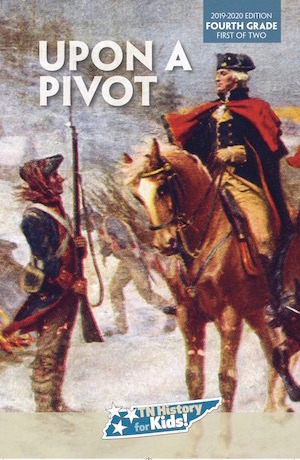 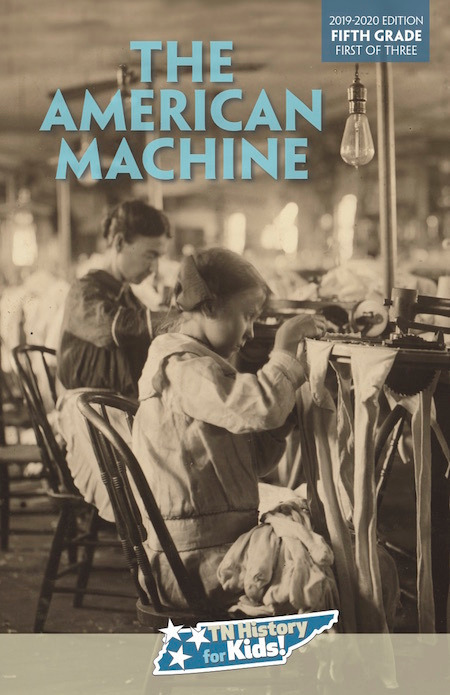 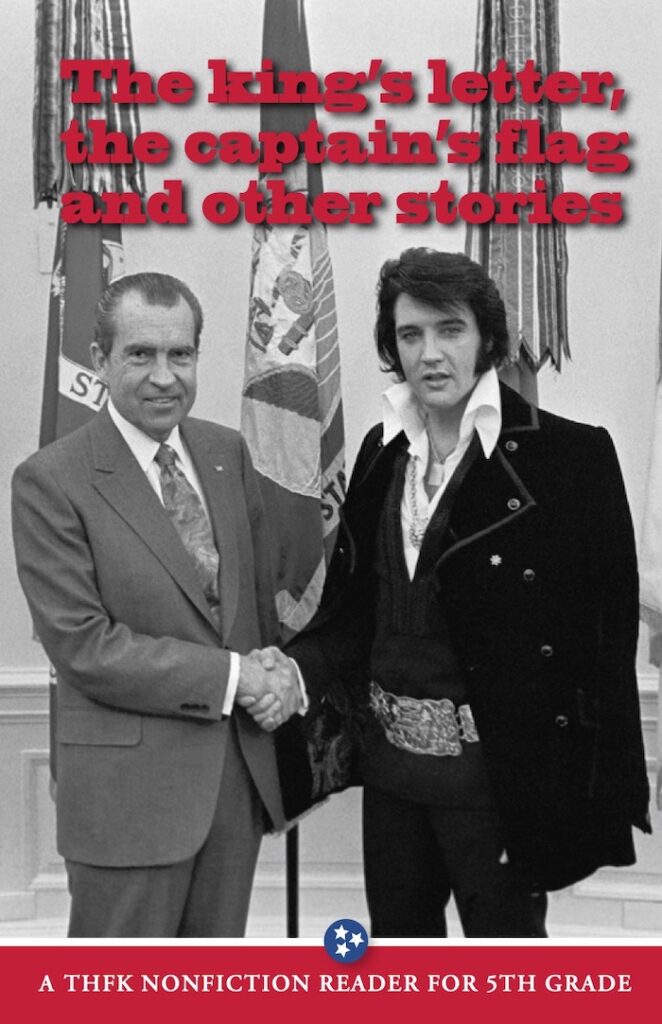 The King’s Letter, the Captains Flag, and other stories 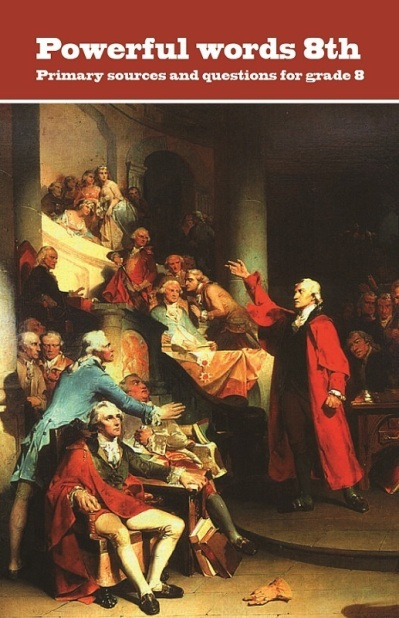 Don’t Keep Them In Doubt [high school US History]