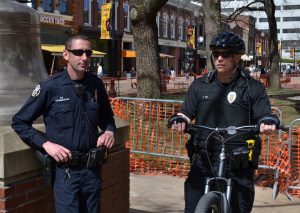 Taxes pay the salaries of police officers such as these two men.

As you read the name of this section, you may roll your eyes. Surely the things government does don’t have to be explained, do they? 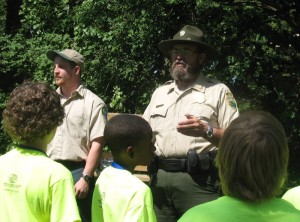 The government does many things you may have never thought about. It makes sure the gasoline pump is giving you a gallon of gas when it says it does. It checks the quality of the water that comes out of your faucets at home. It runs the post office.

Are you a fan of the Tennessee Volunteers? The state of Tennessee owns and operates the University of Tennessee and even built the football stadium there.

Do you like to hike? Chances are, the park where you hike is owned and operated by the government.

And who do you think paved the roads you drive on? You guessed it. The government.

This hasn’t always been the case. 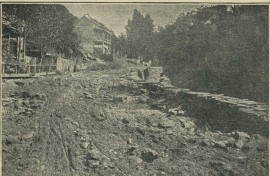 Many highways looked like this before the government took over them

There was a time when government didn’t do much other than try to maintain law and order. The world was a different place.

A hundred years ago, when people still used horses to get around, most roads between cities were owned by people and not the government. You had to pay a fee, called a toll, to use them. And they weren’t paved either. Back then, some “highways” were hard to walk down, let alone drive along.

Today there are still toll roads in some states, but none in Tennessee. 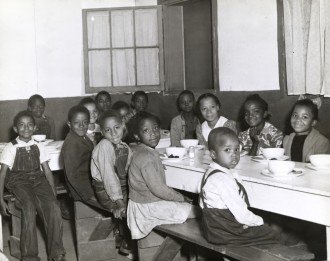 Students in a rural Tennessee school in the 1940s
PHOTO: TN State Library and Archives

A hundred years ago a lot of kids didn’t go to school because there weren’t many public schools.

It took a long time to get from where we were then to where we are today. But today the government has made it so that every child in Tennessee can attend school for free. 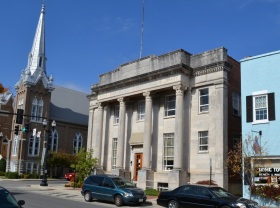 McMinnville has one of the most handsome public libraries in Tennessee.

And whatever you do, don’t take your library for granted. A hundred years ago there were practically no libraries in Tennessee. The first libraries were located in cities, and a lot of them were donated by a rich man from New York named Andrew Carnegie. Most of the libraries you use today were built in the last 30 years and paid for by government programs.

Sounds like government has a lot of money. Where does it come from? Click here to find out.