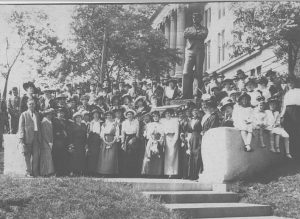 The dedication of the Sam Davis statue at the Tennessee State Capitol in 1915
PHOTO: TN State Library and Archives

Here one of the most famous executions in American history occurred.

The young man’s name was Sam Davis, and he is known as the “Boy Hero of the Confederacy.” He was born in Rutherford County, and went to military school in Nashville. When the Civil War broke out, he enlisted with the Confederacy, eventually becoming a “scout,” or a spy, for the army.

On November 20, 1863, Davis was captured by the Union Army in Giles County, carrying with him information about troop movements. Union General Grenville Dodge offered Davis his freedom if he would tell him where he had gotten the papers he was carrying. Davis refused, and he was tried in a military court.

Davis was found guilty of spying and subject to be killed by hanging. Before he was executed, General Dodge again offered to spare his life if he would reveal his compatriots. “I would rather die a thousand deaths before I betray a friend,” was Davis’s response, and thus his last words. Today there is a statue of Sam Davis on the grounds of the Tennessee State Capitol and a monument to him next to the Giles County Courthouse. 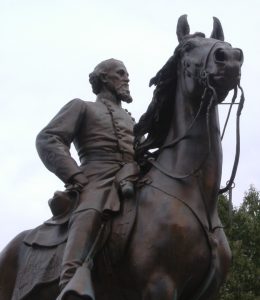 A statue of Nathan Bedford Forrest in Memphis

Another story: It was here, in Giles County, that the first Ku Klux Klan was formed in 1866. Originally a harmless social club, in its second year of existence it became a terrorist organization whose purpose was to restore white supremacy in the postwar South.

Among the people who were terrorized by the klan were blacks who tried to register to vote and people who had come South to teach former slaves to read. Members of the klan, in hoods, murdered hundreds of people in Tennessee, Mississippi, Florida and other southern states.

Although he was not one of its founders, former Confederate General Nathan Bedford Forrest became the klan’s grand wizard in 1868 and is by far the most famous person to have ever held that position. 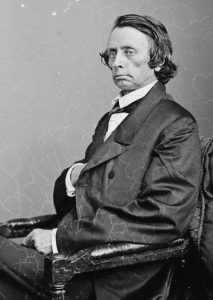 If there was a single politician who its members united in hatred toward, that would have been Tennessee Governor William Brownlow. During his term (1865 until 1869), Brownlow called a special section of the legislature to deal with the klan and eventually declared martial law in nine Tennessee counties because of the klan. But after Brownlow resigned his office to fill a seat in the U.S. Senate, Forrest ordered the klan to disband.

The klan then remained relatively inactive for two generations, until it was reborn in 1914 at Stone Mountain, Georgia.

Here is the Giles County Courthouse.

Here is an advertisement that appeared in the April 23, 1852, Pulaski Gazette:

What do the words “Doors open at all hours” probably mean about where either Dr. Bratte or his brother lived?