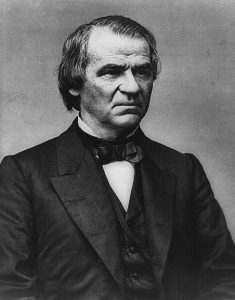 As the Civil War came to a close in 1865, a man shot and killed President Abraham Lincoln. At the time Lincoln hardly knew his vice president, a man from Greene County, Tennessee, named Andrew Johnson.

It was a hard time to be president, and Johnson did not do well. Johnson wanted to help the South recover from the war, while many people in Congress wanted to punish the South. Because of these disagreements Johnson nearly became the first president ever removed from office. 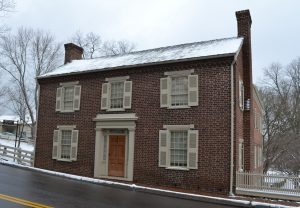 Today several buildings have been set aside as the Andrew Johnson Historic site. 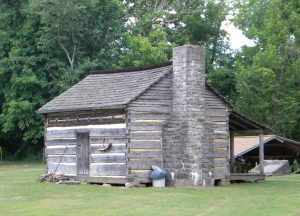 There is a lot of myth to the Crockett story, and a lot of it was perpetuated by the very well-known Disney song about “Davy Crockett — King of the Wild Frontier.” For starters, Crockett wasn’t “born on a mountaintop in Tennessee,” as the song claims. He was born in a cabin near the Nolichucky River in Greene County. 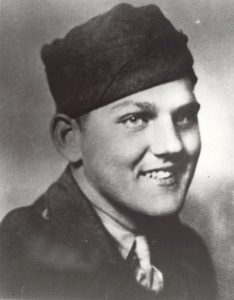 Greene County was also the home of one of Tennessee’s seven medal of honor recipients from World War II.

Sergeant Elbert Kinser of the U.S. Marine Corps was fighting the Japanese on an island called Okinawa Shima on May 4, 1945, when a live hand grenade landed in the midst of his men. He threw himself on the grenade, saving the lives of his men, and was immediately killed by the explosion. 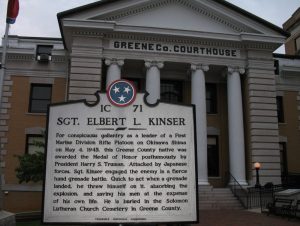 Here’s a plaque honoring Kinser, with the Greene County Courthouse in the background. 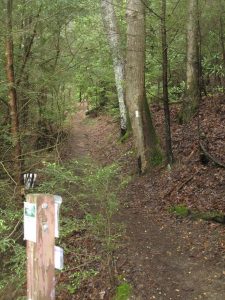 The Appalachian Trail in Greene County

There are people who have hiked the ENTIRE Appalachian Trail; it takes about four to six months.

A few weeks after Elbert Kinser was killed, his parents in Greeneville received a letter from Corporal J.L. Stark in which he gave more details about Kinser’s death. In the letter, Stark described what happened when Kinser died, and he speculated that Kinser might receive a medal for his actions. Stark said that Kinser’s “his last act was to save four of his buddies.”

How many of the 250 or so men who went into battle with J.L. Stark were neither killed nor wounded?