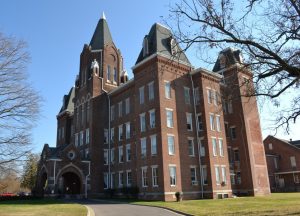 The old building at the West Tennessee Mental Health Institute

In the 1880s, a retired Confederate colonel named Paul Jones donated land to start a home here for people with mental disabilities. It opened in 1889 and for many years was known as the West Tennessee Hospital for the Insane. By the 1950s it had more than 2,000 patients.

However, in recent decades, several more modern mental hospitals were built in Tennessee, and today the building sits empty. Its future is very much in doubt. 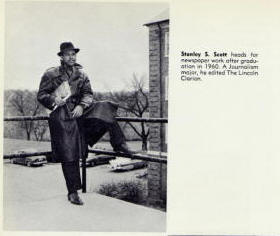 Here’s another story with a Hardeman County hook to it: Stanley Scott was born in Bolivar in 1933 into a family that had started some of the first black-oriented newspapers in the South.

“It wasn’t exactly an impoverished family by the black standards of the day, but at 10 or 12 Scott learned how to clean newsroom floors and live on the coins brought in by circulation fees,” a Chicago Tribune columnist later wrote.

Scott went to the University of Kansas, served in the Korean War, and then became a reporter. In 1964 he became the first black general assignment reporter for United Press International (UPI). A few years later he was the only reporter present when black nationalist Malcolm X was assassinated. Then, Scott went to work as a communications man in the administrations of President Richard Nixon, and later President Gerald Ford.

Stanley Scott died of cancer in 1992. The cancer center at Louisiana State University is named for him.

Before the steam engine was being commonly used in the South, water  was the main source of power for mills and factories. Matthew Rhea’s 1832 map of Tennessee actually showed the locations of mills, as you can see: 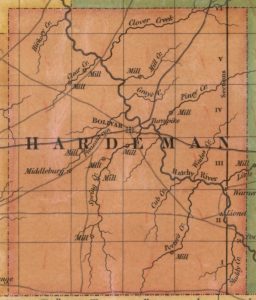 According to Rhea’s map, how many water-powered mills were there in Hardeman County in 1830?