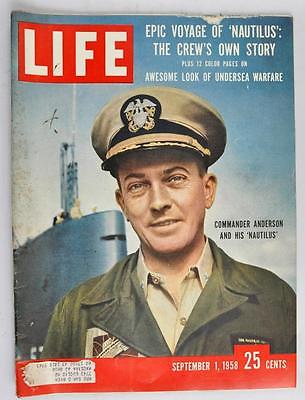 Captain William Anderson was on the cover of Life Magazine

For a landlocked state, Tennessee has produced more than its share of naval heroes. One of them is William Robert Anderson, who was born in Humphreys County in 1921.

A graduate of the United States Naval Academy, Anderson was the commanding officer of the USS Nautilus, the world’s first atomic-powered submarine. In 1958 the Nautilus, under his command, left Hawaii heading north and didn’t stop until it landed in England – thus becoming the first vessel to cross from the Pacific to the Atlantic by way of the North Pole. “For our world, our county, and the Navy – the North Pole!” Anderson told his crew.

Anderson later represented Tennessee in the U. S. House of Representatives from 1964 until 1972. 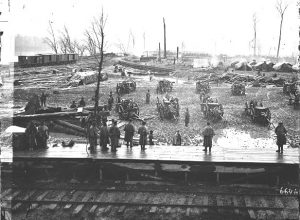 Speaking of the navy: Only once in recorded history has an army of cavalry (soldiers on horses) defeated a naval force. This Confederate victory, known as the Battle of Johnsonville, took place in Humphreys and Benton counties.

Unfortunately, much of the land on which the Battle of Johnsonville occurred is now underwater because of the presence of Kentucky Lake. However, parts of the battlefield are preserved at the Johnsonville State Historic Park and Nathan Bedford Forrest State Park. 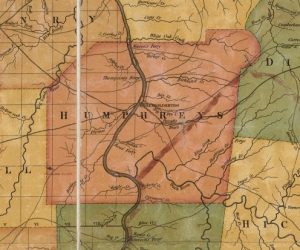 Waverly is the county seat of Humphreys County. But this hasn’t always been the case. 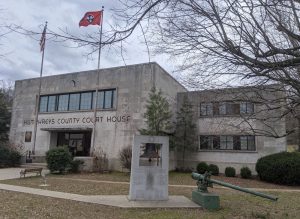 Here is the Humphreys County Courthouse.

The November 11, 1916, issue of the Nashville Tennessean contained the following story: 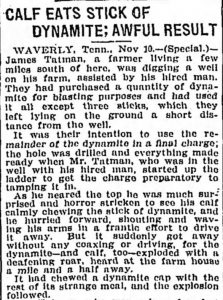 Why was James Tatman using dynamite in the first place?