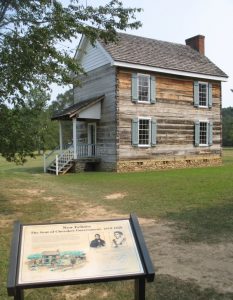 In northwest Georgia, a few hundred yards away from Interstate 75, is an important place in Cherokee history.

From 1825 until 1832, New Echota was the capital of the Cherokee nation. It was here that the Cherokee council met, the Cherokee Supreme Court heard cases, and the Cherokee Phoenix newspaper was first published.

It was also here that several Cherokee leaders signed the Treaty of New Echota–the controversial document used by the American government to justify the removal now known as the Trail of Tears. 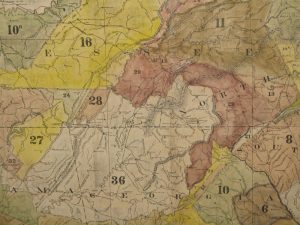 By the 1820s the Cherokee tribe owned the land
shown with the number 36 on this map.

The Cherokee tribe once dominated a large part of the southeast United States. But as white settlers moved west and forced their way onto Cherokee land, Cherokee leaders signed away or sold large chunks of the land, sometimes under political or military pressure.

As you can see from this map, by the 1820s, the tribe only controlled part of what is now southeast Tennessee, southwest North Carolina, northeast Alabama and northwest Georgia. 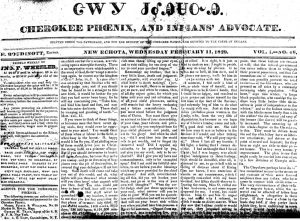 A copy of the Cherokee Phoenix

In spite of the loss of so much of their land, most Cherokees assumed they would be allowed to stay in this section of the country forever.

After all, they had co-existed peacefully with the American government ever since the Nickajack Expedition of 1794.

Many Cherokees had fought for the American government, such as at the Battle of Horseshoe Bend against the Creeks.

The Cherokee nation had largely adopted white ways: becoming farmers, taking on a democratic form of government under a constitution, adopting Christianity, and even creating a written language. 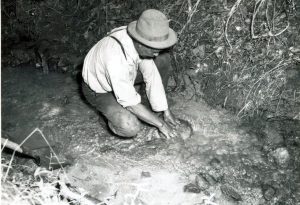 A gold panner in North Georgia in the 19th century.
PHOTO: Georgia
Department of Archives and History

In 1828, however, two things occurred that sealed the fate of the Cherokee nation east of the Mississippi River.

First, gold was discovered on Cherokee land in Georgia, resulting in a massive encroachment by white settlers onto Cherokee property.

Then, Andrew Jackson was elected president. Though he could be kind to individual Native Americans, Jackson did not believe Native American culture could coexist with American settlers’ culture. He immediately pursued a policy of removal–forcing the Cherokees off their land and relocating them to settlements west of the Mississippi River.

The museum inside the visitor center

New Echota is a Georgia state historic site. It contains a small museum where you can see displays and a short film that tells you the story of what occurred here.

When you get here, take some time in the museum, then go on the self-guided walking tour that takes you through the re-created Cherokee capital. 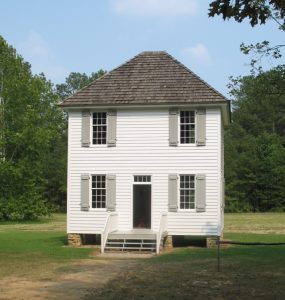 The re-creation of the
Cherokee Supreme Court Building

New Echota was named for Chota, a former Cherokee capital that is mostly buried by the waters of Tellico Lake, in Monroe County.

One of the things a visit to New Echota brings alive is just how organized Cherokee government was by this time. When New Echota was the Cherokee capital, the Cherokees were ruled by a government laid out in a constitution (just like the U.S. government). To more efficiently run Cherokee affairs, Cherokee territory was divided into eight districts, each of which had equal representation (kind of like the states of the United States).

The government had three branches: a bicameral legislative branch (two representative groups, like the state House of Representatives and the state Senate), an executive branch led by a principal chief (like a governor), and a judicial branch ruled by a supreme court. 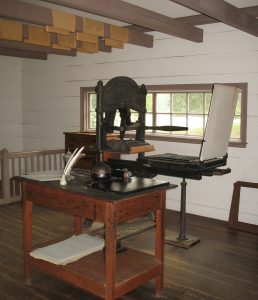 At New Echota you will also find a re-creation of the print shop where the Phoenix was published.

It is, in hindsight, remarkable how quickly the Cherokee nation adopted a special alphabet developed by a Cherokee named Sequoyah. He finished creating it in 1821; only six years later editor Elias Boudinot began editing the Phoenix here at New Echota. In addition to the newspaper, many books were printed here — most notably, the Bible (in Cherokee).

A replica of a Cherokee farmstead

Here (on the left) is what a common Cherokee farmstead would have looked like.

Hundreds of homes similiar to this once stood throughout the Cherokee nation. The people who lived in these homes had small farms and typically grew vegetables, had small fruit orchards and often raised livestock.

All the structures at New Echota are re-created buildings with one exception. Here you will find the house built and occupied by Samuel Worcester, a Presbyterian missionary from Vermont who came to minister to the Cherokees in 1825 and who remained with them for the rest of his life.

Worcester was a friend to the Cherokee nation who was imprisoned for his refusal to obey Georgia laws meant to force the Cherokees out of the state.

In a famous legal decision known as Worcester v. Georgia, the U.S. Supreme Court ruled that Georgia did not have the right to have passed those laws, since the Cherokees were a nation holding distinct sovereign powers. However, President Andrew Jackson refused to enforce the Supreme Court’s decision in this case. 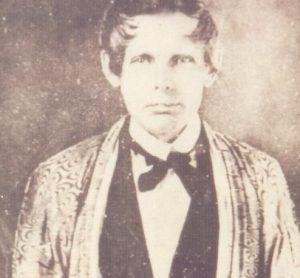 Worcester was forced out of the house in 1834, when it was became the property of a white Georgia citizen as the result of the lottery that divided up all Cherokee land in northwest Georgia.

It was occupied by various families until the 1950s, when the state of Georgia purchased it and restored it. 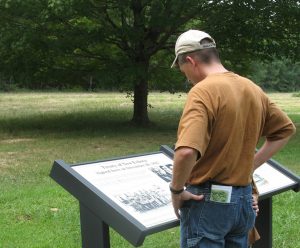 One structure that hasn’t been re-created, at least not yet, is the Boudinot house.

Cherokee Phoenix editor Elias Boudinot and his family lived here from 1827 until he left for Oklahoma in 1836. It was here that several Cherokee leaders, including Boudinot, Major Ridge and John Ridge, signed the Treaty of New Echota on December 29, 1835.

The treaty purportedly traded all Cherokee land east of the Mississippi River for land in present-day Oklahoma. But it was never approved by the Cherokee legislature, never authorized by Cherokee principal chief John Ross, and considered fraudulent by most Cherokees. Boudinot, Major Ridge and John Ridge were all assassinated later for signing it. 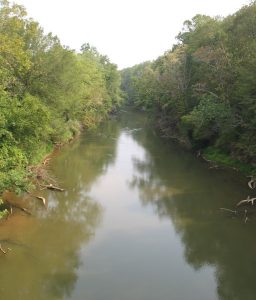 The Coosawattee River, near New Echota

In 1832 the Georgia legislature passed a law that banned the Cherokees from holding political meetings on Georgia soil. At that time the Cherokees moved their government to Red Clay, just across the Tennessee state line.

New Echota became farmland, and remained so for more than a century. Finally, in the 1950s, the state of Georgia determined the exact location of New Echota and bought the site. They began digging up old buildings and eventually rebuilt several of the structures.

New Echota is located in the city of Calhoun which is in northwest Georgia.