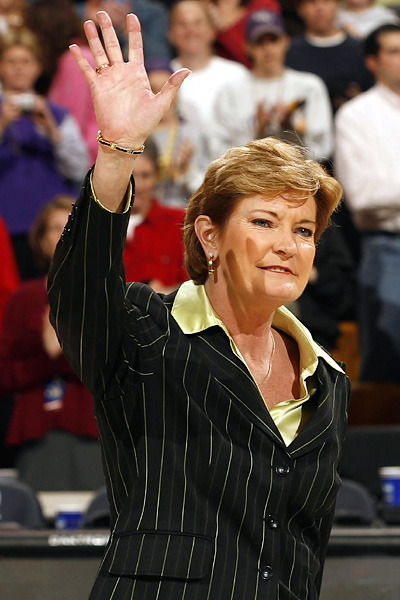 Pat Summitt was one of the greatest coaches of all-time, in any sport and at any level.

At the time the basketball program (and women’s college sports in general) was small-time; Summitt got to drive the team van for several years. But because of the success of the Lady Vols under Summitt, the program became the premier women’s basketball program in the country.

In her 33 years as Lady Vols coach, her teams won 1098 times and lost 208 times and won EIGHT national championships.

Her intensity during games was famous. “During the game, she stalks the sideline, dressed immaculately and shouting instructions, chastising officials for ‘blown’ calls,’ demanding more defense from her players — and it doesn’t matter if her team is trailing by two or leading by double digits,” the St. Petersburg Times once said. But away from the game she showed a different side, and a sense of humor.