We’re taking you to one of the most unusual places in Tennessee — a place where the terrain was laid waste more than a hundred years ago by pollution.

The area is known as the Ducktown Basin, and it is located in the extreme southeast corner of Tennessee. 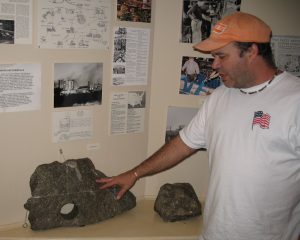 To explain the story of the Ducktown Basin, you have to know something about copper.

Back in 1843, which was only a few years after the Cherokee Indians were forced out of southeast Tennessee, a man discovered that some of the rocks in the ground here contained copper. Since this area is mountainous, it took many years for companies to take advantage of his discovery and begin digging full-scale mines. (Along the way, a winding road that connected this area to Cleveland was blazed; it became known as the “Copper Road”.) By the 1870s companies began to mine copper here extensively.

This isn’t a science lesson, but we have to explain some science to explain what happened here:

Copper doesn’t come out of the ground ready to be used. When they pulled rocks from the copper mines here, only a small part of them were copper. In order to separate the bits of copper from the rest of the rock, they had to heat it (a process known as smelting). Smelting was done here before the raw copper was shipped to other places. And it was this process — not the actual mining itself — that did most of the environmental damage in the Ducktown Basin. 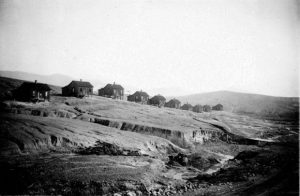 Why? Two reasons. First of all, to create the fires used to heat the rocks and extract the copper, they needed fuel. Since there was no coal in this area, they cut down every tree and burned it. As best we can tell they cut down and burned every tree in this valley.

The other reason has to do with chemistry — a subject you’ll learn about in high school. When you heat a rock and separate it into its elements, it releases other things into the air. (For instance, when you burn wood, you create ash and release smoke into the air.) 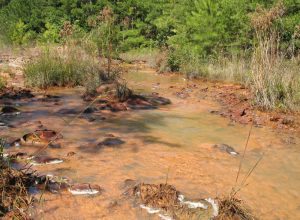 As you can see from this picture of a creek in
the Ducktown Basin, the environment still hasn’t recovered from the copper mining began here in the 1800s.

Today sulfuric acid has many uses, especially as a cleaning agent. But it is a hazardous chemical, poisonous to drink and dangerous to nature when in liquid form. And when sulfuric acid was created in the air here, it eventually fell back to earth and killed every living thing in this valley. In fact, only a few years of copper mining here created a dead landscape — 50 square miles where no plant or animal lived. 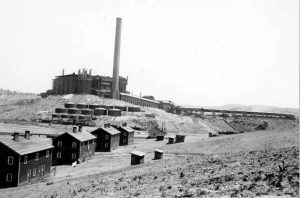 An acid plant in Copperhill in 1912
PHOTO: Environmental Protection Agency

The companies that owned the copper mines eventually learned to capture the sulfuric dioxide and bottle the sulfuric acid they were creating in this process. In fact, sulfuric acid became a bigger money maker than than the copper itself, and the amount of pollution caused by the extraction process was greatly decreased as technology improved. But the damage was already done. Independent companies and the government have been trying to clean up the damage caused by the early copper mining and copper extraction. They continue to do so today and will be for years to come. 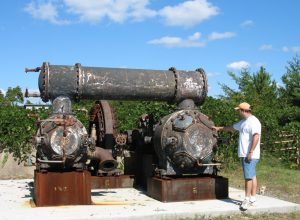 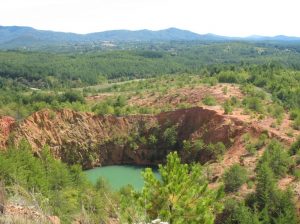 For example: When you get out of your car at the Ducktown Basin Museum, look down the slope at the valley below. You see this big, gaping hole? Nature didn’t create it. There used to be a copper mine where the hole is; it was known as the Burra Burra Mine. The way that they mined copper here was not by digging deep pits, but by tunneling deep into the ground and then extracting rock in massive, man-made underground caverns. How massive? Well, some of the copper mines here were 3,000 feet deep! (That’s half a mile). Problem is, some of these copper mines collapsed years later, creating huge holes. That’s what happened here. This hole in the ground was created when part of the Burra Burra mine collapsed. 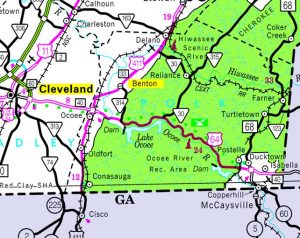 The Ducktown Basin Museum is located in Ducktown, Tennessee, about an hour and a half’s drive from downtown Chattanooga.  It is open Monday through Saturday, and there is a small fee to see it. The best way to arrange a trip is to call ahead at 423-496-5778.

Tell them Tennessee History for Kids sent you!

The Ducktown Basin Museum is located in Ducktown, which is in Polk County.