Teacher’s Guide to Your Land, My Land

Welcome to the teacher’s guide to the Tennessee History for Kids booklet Your Land, My Land [2019 edition].

Please do NOT copy the booklets. That is a violation of our copyright and makes it difficult for us to continue to exist. The reason we sell them for only $2 and use paper that students can write on with a pencil is so teachers will not be tempted to copy the booklets.

If you have any comments about the booklet or would like the answers to the quiz questions in the booklet, please email Bill Carey at bill@tnhistoryforkids.org.

The cover photo was taken during the flag ceremony at the Indian Creek Productions Spirit of Nations Powwow, which takes place every August, either in Jefferson or Knox Counties. Click here to learn more about this event.

Click on the photos on the right and the left to make them larger.

Your students may be asking why the two boys on page 4 have a large block of ice on wheeled conveyance. Before electricity, people used ice boxes that had a block of ice at the bottom, to keep kitchen items cool. Because of this there was an entire industry of making, selling and delivering ice. 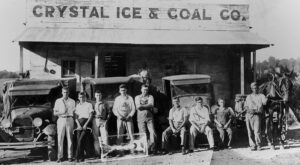 These boys appear to have just purchased their block of ice from someone who was selling them straight off the train. By the way, this photo was taken around 1930, in Lebanon.

On the right you will see a another 1930 photograph–this one of the employees of the Krystal Ice and Coal Company of Woodbury, in Cannon County. 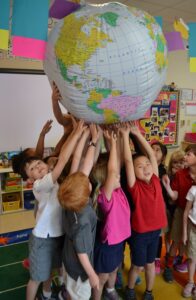 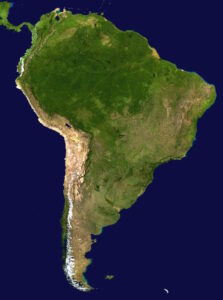 Having said that, there are many places in the world where there are markers and monuments at the Equator and Prime Meridian, such as the photo on page 8.

On the left is a photograph of the Prime Meridian, in Greenwich, England. Click on the photo. Do you see the line on which the two women are standing while they have their photo taken? That’s the Prime Meridian? 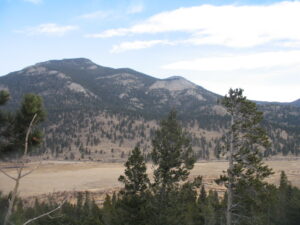 Here, on the left and the right, are photos of the physical features defined in this chapter.

On the left is a plain, in West Tennessee (Dyer County, to be exact).

On the right is a mountain, in Colorado. 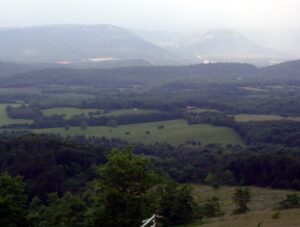 On the left is a valley, in Middle Tennessee (Sequatchie County).

Click here to see how you can help your students make a Tennessee map using just a funny box, four lines and four dots.

Meanwhile, click on the right to see yet another version of the award-winning, hand-drawn map of Tennessee on pages 20-21. 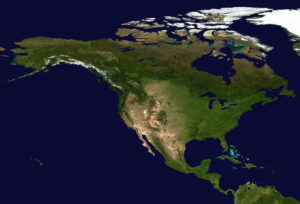 Click on the right to see a satellite image of North America. Your students should be able to easily identify where the cold parts of the continent are and where the dry, hot parts are! 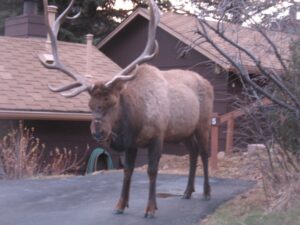 On page 24 there is a photo of a moose in Canada. Since students in Tennessee may not know this, it should be pointed out that there are a lot of moose in the American West as well.

A few years ago I visited Colorado and couldn’t get this moose (photo on the left) out of my parking spot. I honked at him, and he didn’t budge, so I parked my car somewhere else.

Click here for funny video on the geography of Tennessee.

The first of our two third-grade booklets, Around the World, contains 32 pages of text and photographs about U.S. geography. Click here to learn more about this booklet.

As you may know, students are required to know all 50 states by the time they finish third grade. If you would really like to help out the third grade teachers in your school, then teach all of your students the names of the states identified in the map to the left. Believe me, they will appreciate it!

The photograph on page 36 is one of thousands taken by photographer and ethnologist Edward S. Curtis. The wording of the cutline might raise a question in your mind about whether the word Inuit or Eskimo is an appropriate word. Click here to read more about this. 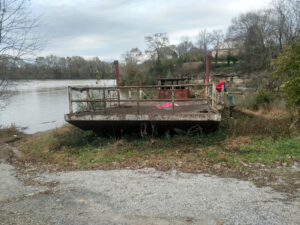 The text on page 38 states that “there are no longer any ferries in this state.” We were wrong about this. From a peak of nearly a thousand ferries (in the 1920s), Tennessee has two operating ferries left: at Stewart County (in Cumberland City) and in Houston County (at Danville).  Click here to read more about old ferries in Tennessee.

Also… as of the spring of 2019, you could still see this abandoned ferry, above and to the left, along a highway in Smith County.

Click here for an online section on Tennessee state government which you might find useful for your students.

Click here for a virtual tour of historic Philadelphia, which includes a lot of fascinating information about some of the things that have happened in the building photographed on page 42.

In case you don’t believe that the map on page 44 consists entirely of students wearing red, white and blue T-shirts, click on this image on the left to see for yourself! 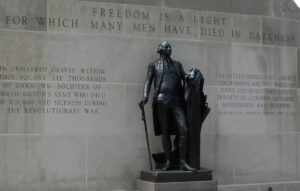 If you didn’t go to law school or haven’t been part of a law-making body, you may not have had much exposure to just how complicated laws can be.

Here is an interesting exercise you might do with your students: See if, working together, your classroom can come up with the wording of the law that would require students to attend school in Tennessee.

Now click here to see what the law actually says.

Here are some other photos of people doing volunteer work in Tennessee:

* On the right are volunteers clearing invasive plants at Fort Negley, in Nashville 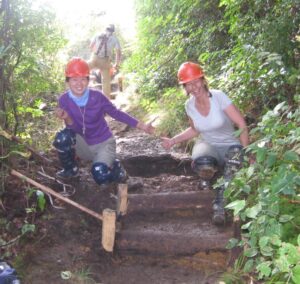 * On the left are volunteers working on the Appalachian Trail, somewhere in East Tennessee 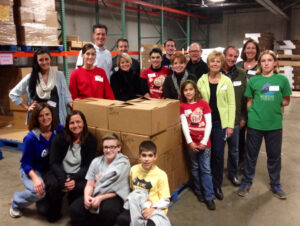 Just remind your students of this: “Volunteer” is not just a nickname, and it is not just the mascot of sports teams from the University of Tennessee. It is a reflection of the culture of Tennessee. If people don’t volunteer, they aren’t passing on this culture, and we might as well be another state. 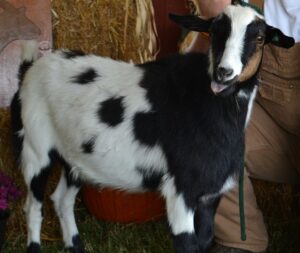 In this chapter, I mention several examples of Tennessee culture which are unique and celebrated. There are many others.

Here are a few other examples of cultures which are uniquely celebrated in Tennessee:

* The National Storytelling Festival in Jonesborough

* The Southern Festival of Books in Nashville 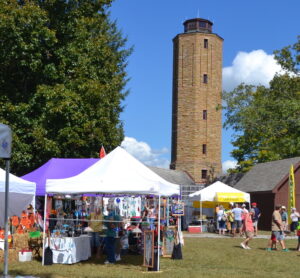 * The Apple Festival at the Cumberland Homesteads Tower in Cumberland County

Also, in case you are wondering:

* The Scots-Irish Festival (shown on page 55) takes place in Jefferson County every September. Click here to learn more about it.

* The nuns shown playing basketball on page 57 live at the Dominican Motherhouse in Nashville. 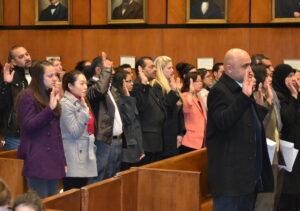 Here are some more photos from the naturalization ceremony shown on page 61. 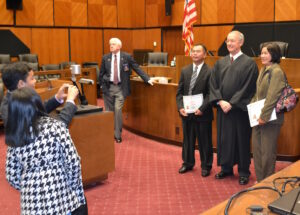 This ceremony took place at the federal building on Broadway in Nashville, and all photos were taken by Tennessee History for Kids.

I think public school students should, at some point, attend a naturalization ceremony.

It is also worth pointing out that there is now a law in Tennessee that requires students to take, and pass, a citizenship test equivalent to the one that naturalized citizens take.

I think that most school systems require their 12th grade government teachers to give some version of this test. 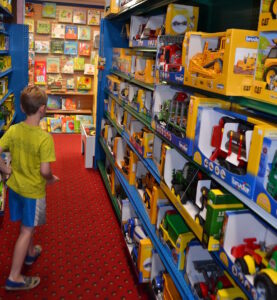 The toy store photographed on page 64 is Phillips Toy Mart in Nashville–one of the last locally owned toy stores in Tennessee.

If you take a child into Phillips Toy Mart, it is hard to walk out with the same amount of money you walked in with!

If you would like to tease and torture your students, feel free to click on the images to right and left.

The store shown on page 67 is called the Nashville Nut, and it is located in the Downtown Arcade in Nashville.

One of my favorite places in the world!

Here’s a way to help your students learn to draw some conclusions about working conditions, industry and past and present, all at the same time:

Here are ten photos–all of which show people working in industry. Most of them were taken in Tennessee.

Some of them WERE color photos, but we have taken the color out.

See if your students can figure out which photographs fall into which category.

Right side, top to bottom: 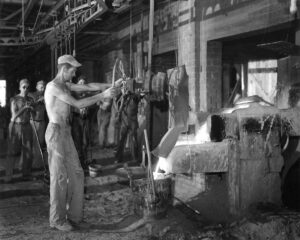 * Bridgestone worker at the Warren County tire plant, around 2015

Left side, top to bottom:

* Workers at the Musgrave Pencil Company in Bedford County, 2006

* A man working at the Volkswagen Assembly Plant in Chattanooga, around 2015 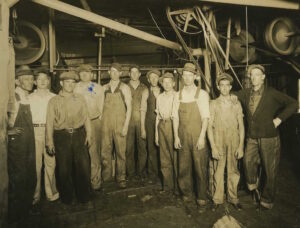 * The Elk Cotton Mills in Fayetteville, around 1912

* Workers at Nissan in Rutherford County, 2010

It will be very interesting to see what things the students notice. For instance, many present-day workers wear safety goggles and have electrical appliances and equipment at their disposal. The Elk Cotton Mills photo shows children working. 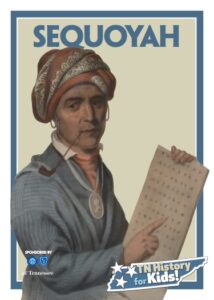 Some of the people featured in this chapter are discussed on the Tennessee History for Kids website. 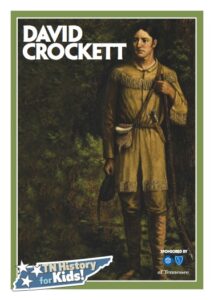 Here are some follow-up questions about these three Tennesseans in particular that your students might find interesting:

* I once met one of the three. Which one was it? (Wilma Rudolph, of course)

* When Americans mention the name of one of these three, they often get the first name wrong. Which one is it? (David Crockett, of course, who never went by the name “Davy” in his life.)

* We do not know where two of these three people are buried. Which ones? (Sequoyah and Crockett)

Click here to find out how you can get a set of Tennessee History for Kids trading cards. 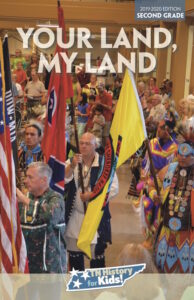