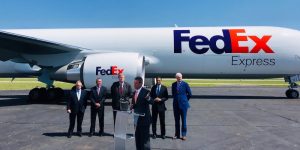 Gov. Lee makes an announcement regarding Fed Ex, a Memphis company that you have probably heard of!

Since some of you may be planning to run for governor one day, we thought we’d take this opportunity to tell you what the job entails.

If you spent an entire day with Governor Bill Lee, here are some of the things you’d see him do:

Governor Lee regularly meets with the heads of the 23 departments of state government. These meetings give them a chance to tell him what is happening in their department, and they give him a chance to pass on policy decisions.

Get his proposals and his budget ready

Every January, the governor proposes a budget that the legislature must approve before the end of its session. The Tennessee Constitution requires both the governor and the General Assembly to do this, and the governor spends most of December holding public hearings to come up with this budget proposal. Historically, the governor also proposes several new laws, some of which are needed as parts of his budget or as parts of other proposals he is making.

Gov. Lee signs a bill into law while several legislative leaders look on.

When the legislature is in session, Governor Lee frequently meets with individual legislators or groups of legislators to talk about a bill or a project of special interest to them.

The governor keeps close tabs on what the House of Representatives and Senate are doing, and he has full-time staff people who report to him every day when the General Assembly is in session.

Remember that every single bill that the legislature passes comes to the governor’s desk for him to sign, veto, or allow to become law without his signature. The more he knows about these bills before they pass, the more he’ll know when they get to his desk. 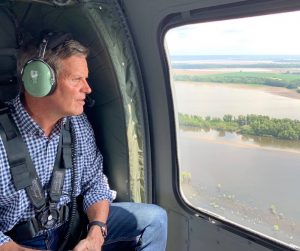 Travel the state and make speeches

It’s a long way from Kingsport to Memphis, and it is important that the governor make as much personal contact as possible. So he frequently makes speeches at lunch clubs, at public schools, you name it.

Keep up with the news

The governor needs to have some idea what is said about him, which means there are hundreds of publications, radio stations, and television stations that he needs to keep up with. In fact, the governor’s office subscribes to just about every newspaper in the state, and someone on his staff literally clips important articles for him to read every day. 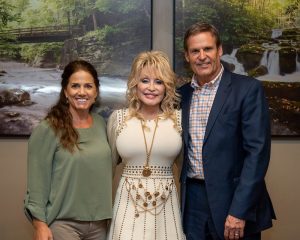 One of the perks of being the governor is that you get to meet Dolly!

Give out awards, pose for pictures, etc.

There are many demands on the governor’s time.

Now for an important point about Governor Lee’s office.

The staff consists of the jobs necessary to run just the governor’s office itself and the functions that immediately come out of it. People such as the governor’s chief of staff, legal counsel, press secretary and legislative liaisons are members of the governor’s staff. The governor has a staff of about 20 people.

Perhaps one day the governor will appoint YOU to a board or commission!