You’ve learned quite a bit at this point, and you should pat yourself on the back.

In Tennessee the comptroller is Jason Mumpower. He took this position in January 2021, after several years of serving as an assistant to longtime comptroller Justin Wilson.

Get this: In his spare time, Jason Mumpower collects comic books, and has about 17,000 comic books catalogued as part of his personal collection!

Tre Hargett, a former state representative from Shelby County, is the Tennessee Secretary of State.

Hargett’s office has a myriad of responsibilities, such as keeping official records of state government, running the Tennessee State Library and Archives, and overseeing Tennessee’s elections process. 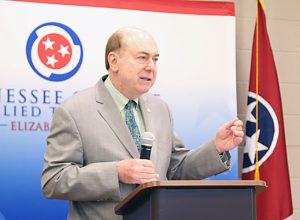 Appointed by the legislature, the treasurer keeps tabs on how much money the state of Tennessee has in the bank and how it is invested. Tennessee’s treasurer is David Lillard.